My Mother in Law is visiting and seeing as she has come the long way from Australia to Europe we did some travelling with her. The first thing on the list was Neuschwanstein Schloss. This is the castle which is cited as inspiration for the Disney castle. It was built by a King Ludwig II of Bavaria who was declared crazy and died a mysterious death before he could completely finish the castle. As a result only some of the rooms inside the castle are complete and the incredible throne room is missing its throne.  King Ludwig's bedroom was one of the first rooms to be finished. It has its own ensuite bathroom, very advanced for its time, complete with running water and a green leather flushing toilet!
We did a tour and the finished parts of the interior are amazing but unfortunately you aren't allowed to take any photos inside the castle. 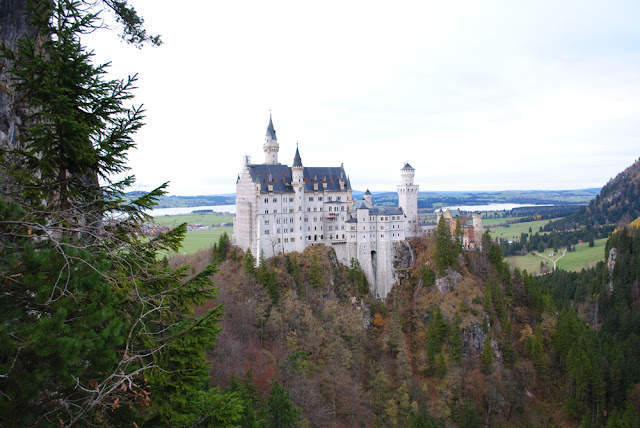 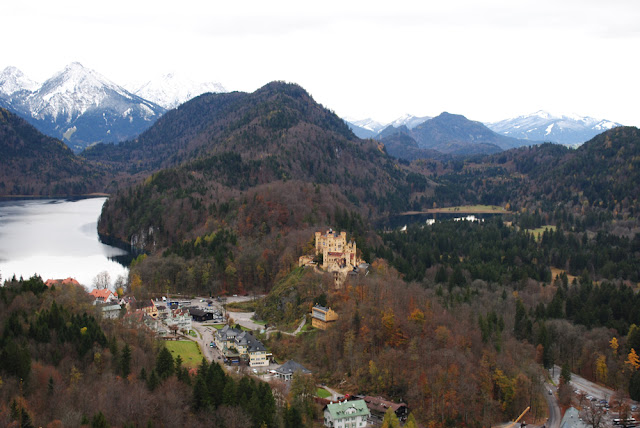 This is his Dad's castle, we ran out of time to see it up close as we did a day drip from Munich. 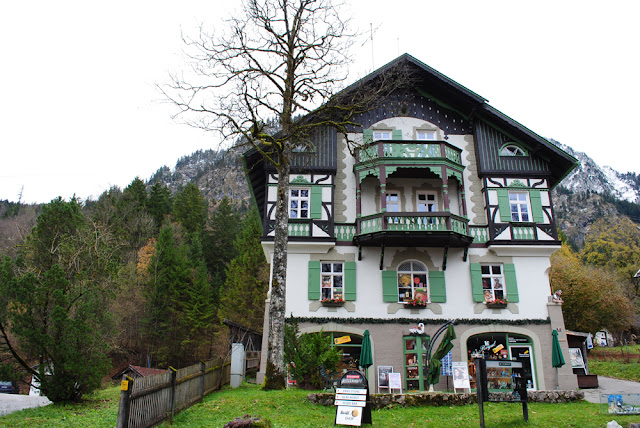 A fabulously kitschy house in the little town near the castles. 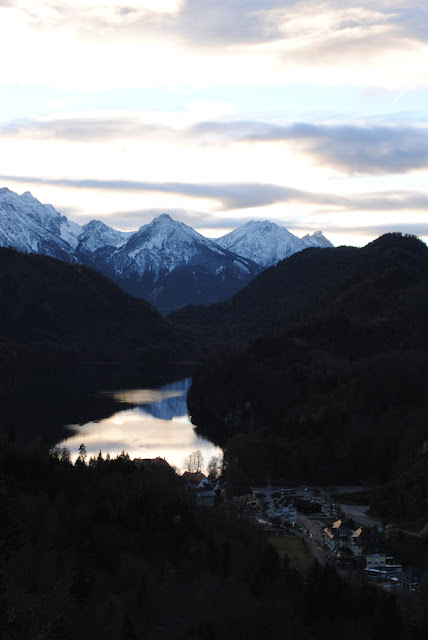 It was starting to get dark by the time we headed off. November isn't the best time to go, as it is cold and gets dark early but we did avoid the crowds!

I love to hear from you!