Growing up I had a beanie or two, I used to wear them in winter sometimes. They were more a fashion statement than anything else though. It wasn't until I moved to Germany (ie a climate which has really COLD winters) that I actually "got" what the beanie was about. That is was actually a very functional accessory, necessary to keep you from getting brain freeze (which doesn't only occur from eating ice cream I have discovered!) and to stop your ears turning into lumps of ice.  Then I discovered ear warmers. The beanies little sister, when you want to avoid aforementioned ice ears but perhaps aren't feeling the commitment of a whole hat. So naturally I wanted one, but I had also just discovered crochet and wanted to make one myself. And so can you! 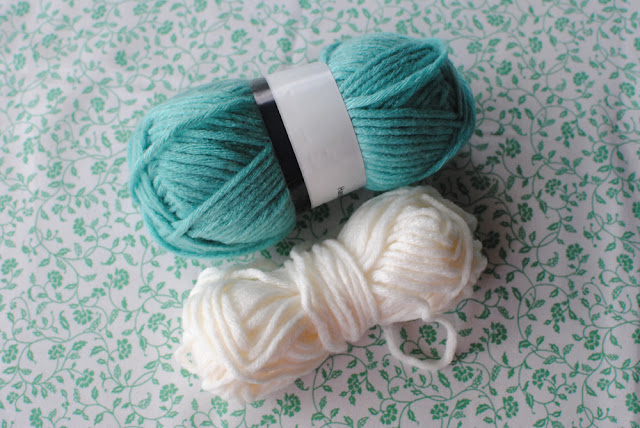 Step One -Choose your yarn, I went for two colours but you can do three or one... 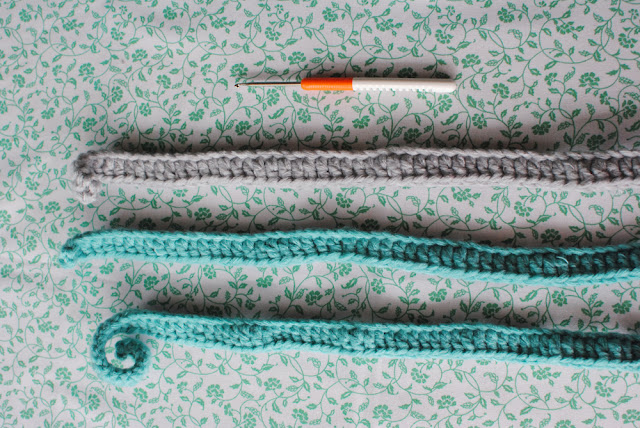 Step 2 - Crochet three long strands using double or triple crochet -you want them longer than the circumference of  your head. 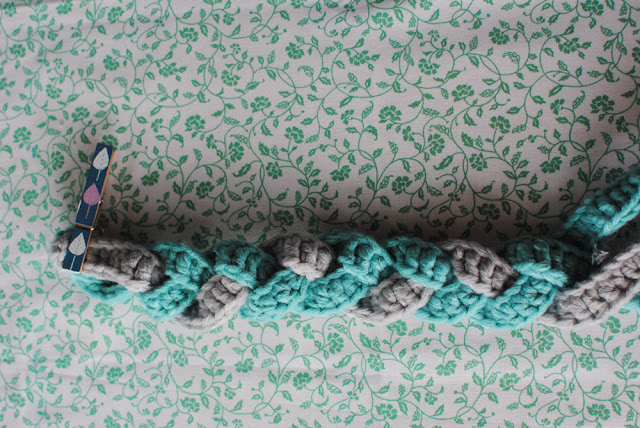 Step Four -Plait the strands. I used a peg to secure the ends while I did this. 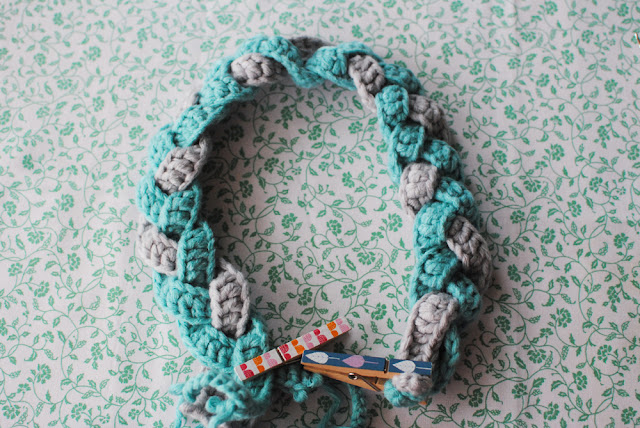 Step Five - Sew the ends together so its one continuous plait. 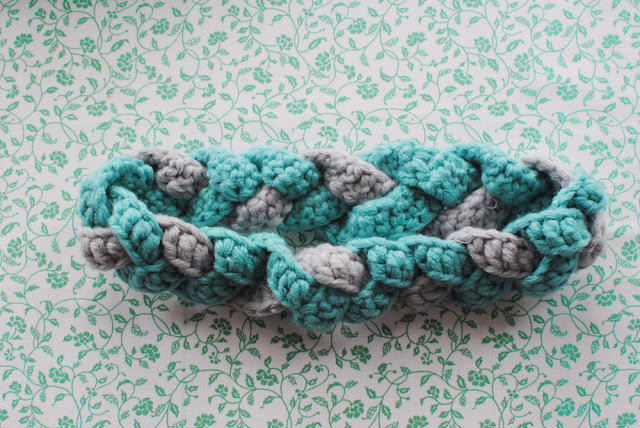 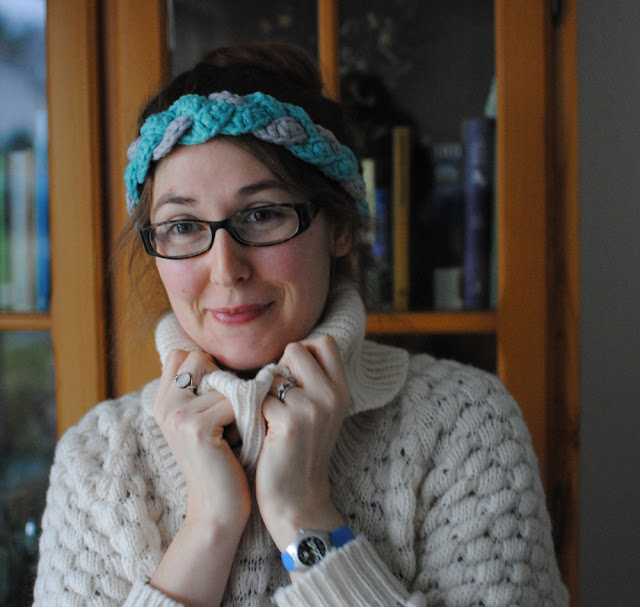 I love to hear from you!